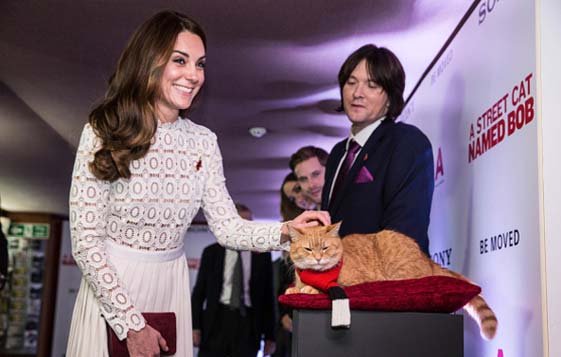 Where? Curzon Mayfair in London

Valhalla Partners & Clients attended the Royal Premiere of the new film A Street Cat Named Bob. The evening consisted of a pre-screening drinks reception at Little House, Mayfair followed by the premiere at Curzon Mayfair cinema. The cast and crew introduced the film and we all sat back with our complimentary bubbles and Green & Blacks and enjoyed the movie.

Here’s a few from the red carpet of the Valhalla team:

HRH the Duchess of Cambridge was guest of honour in her charitable role of helping young, homeless people. She was introduced to the main cast & crew including Bob the cat!

The film is expected to be a huge success and was produced via the efforts of funds raised through the Altus EIS companies through Valhalla PCS LLP.