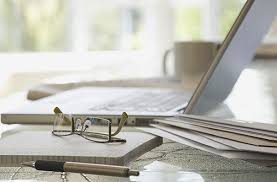 Advisers Acting in a Professional Capacity

Valhalla acts on behalf of many taxpayers who are subject to HMRC enquiries. In particular, enquiries by HMRC anti-avoidance teams adopting retrospective views in respect of Enterprise Zone Syndicates (“EZS”) and Business Premises Renovation Allowance (“BPRA”).  Valhalla often is asked for its views as to whether HMRC can charge penalties in cases where HMRC prevails in its arguments in these cases.  What follows is Valhalla’s view on the current situation.

Ordinarily, the taxpayer is seen by HMRC to be wholly responsible for what appears on his or her Tax Return. However, in the case of Cannon v HMRC the First Tier Tribunal (FTT) ruled that the taxpayer, a tax barrister, was entitled to rely on the advice of his tax adviser, who was engaged to file Mr Cannon’s Tax Return and also to act in an advisory capacity.

The Cannon case is particularly interesting as the taxpayer is a tax barrister, albeit specialising in SDLT. Whilst HMRC historically have deemed all professionals to be held to a higher standard than ordinary taxpayers, the decision seems to challenge HMRC’s view.

The FTT ruled that taxpayers would have a reasonable excuse if they relied on their professional tax adviser (with the right expertise) to make a deduction or claim. The UK tax system is complex, convoluted and under constant change and this seemed to influence the FTT’s view in Cannon’s case. Whilst taking reasonable care in preparing and giving advice, the professional adviser was bound to provide advice to the best of their ability.

Seemingly, the FTT believed it was unreasonable to expect the ordinary taxpayer to have anything more than a basic working knowledge of the main taxes, in view of the complexities of the tax laws and practices.

In the current climate pertaining to tax avoidance and compliance, HMRC have been tasked with pursuing more often penalties – almost as a matter of course – where it is established tax has been lost. HMRC’s assertion in such cases is invariably that there must have been some knowledge on the taxpayer’s part that the Tax Return being submitted was incorrect and therefore was a deliberate and careless action.

Where careless behaviour is asserted by HMRC, the burden of proof rests with the taxpayer. However, it is for HMRC to show that the taxpayer acted deliberately and was either aware of the error or had intended to misrepresent the truth.

HMRC often refers to powers (under Section 29 TMA 1970) to make a discovery going back up to 20 years where there has been deliberate misrepresentative behaviour. Even so, HMRC often is silent on the point that the onus is on it to satisfy the court, on the balance of probabilities, that the taxpayer was aware that the return was incorrect. This is a key point to remember where penalties are sought.

Where the taxpayer has a reasonable excuse and, or, seeks the appropriate professional advice, there is not normally a reason to charge a tax-geared penalty. In short, the taxpayer has not been careless.

The Cannon decision is not legally binding. It is, however, a significant victory for taxpayers.

Valhalla handles all types of HMRC enquiries. Key to these is minimising the exposure to tax and any geared penalties. Peter Nichols Consultant to Valhalla PCS LLP