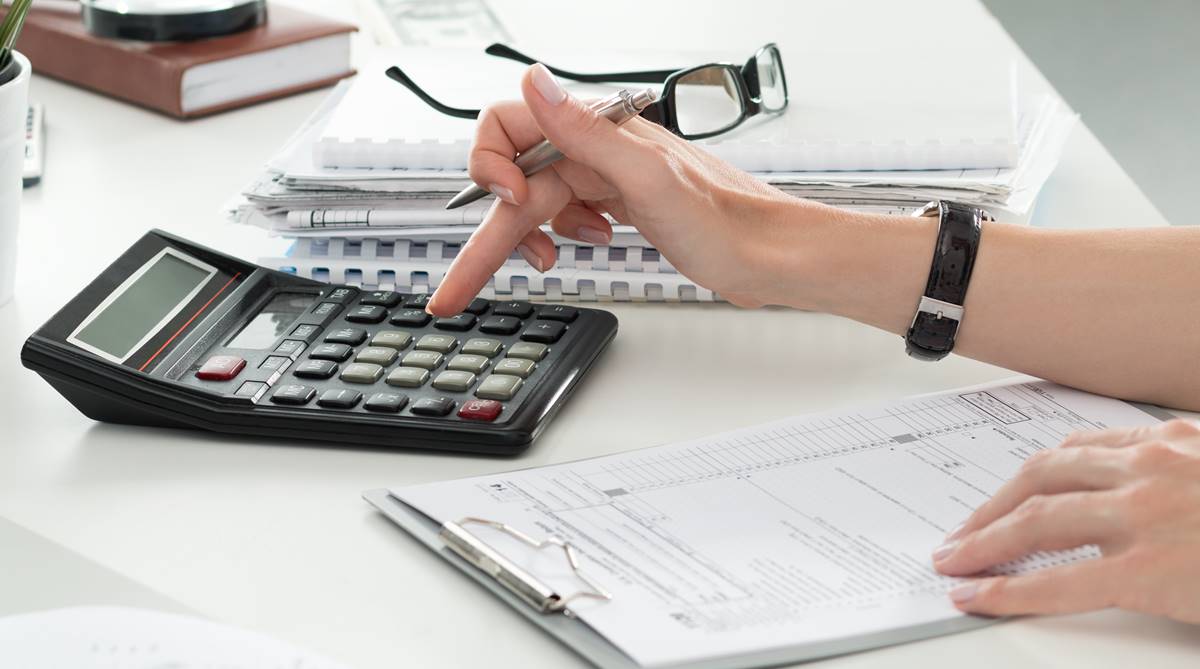 Filing VAT returns using making tax digital (MTD)-compatible software will be compulsory for all VAT registered traders for periods beginning on or after 1 April 2022 unless HMRC agrees that the taxpayer is exempt.

Sole traders will also have to file quarterly and annual income tax reports using MTD software from 6 April 2024 and most partnerships will join the MTD regime from 2025.

To encourage taxpayers to file their MTD reports on time the Government is introducing a new system of points-based penalties for late filing.

One point is awarded for each late filing. When you reach a certain points threshold a £200 penalty will be imposed. The threshold depends on the submission frequency of the return:

Each point will expire after two years starting from the month after the month in which the late filing occurred.For quarterly returns the fourth point triggers the £200 penalty. Every late submission after that penalty is imposed will trigger another £200 penalty but additional penalties will not add further points to the points slate.

Appeals can be lodged against all points and penalties levied by HMRC.

The UK tax system is under attack from fraudsters who attempt to register numerous people for self assessment then submit false repayment claims.

To counter this attack HMRC has been checking self assessment registration applications and repayment claims in greater detail. Taxpayers who have not claimed a repayment before may be asked for ID verification and evidence of the trading activity. These interventions have slowed up the processing of genuine tax repayments and caused a backlog of self assessment registrations.

HMRC is getting on top of this extra administration and has increased the resources devoted to clearing the unprocessed repayment claims.

From December 2021 all repayment claims should be actioned by HMRC within 30 calendar days of receipt. This may not mean that the repayment is issued in that period as those claims identified as a risk will be suspended and subject to further checks by compliance experts.

Making a charitable donation in place of physical Christmas gifts is a worthy tradition in some families.

This means that fewer unwanted items need to be quietly disposed of and as an added benefit the giver and the charity can both claim tax relief in the form of Gift Aid.

Most charities make Gift Aid declarations very easy; you just need to tick a box to say that you are a UK taxpayer and that you pay income tax and or capital gains tax at least equal to the 20% tax treated as deducted from your donation for the tax year of the gift. You also need to remember to record the date and amount of the donations and include them on your self assessment tax return for the year in which the donations were made.

Where you are a higher rate taxpayer, declaring a Gift Aid donation on your tax return will provide you with tax relief calculated as the difference between the highest tax rate you pay and basic rate.

Anne makes Gift Aid donations of £100. The charity reclaims Gift Aid to make the total donation worth £125. As Anne pays 40% income tax she can personally claim back 20% of the gross donation: £25 (£125 x 20%). In practice this tax relief is given by extending the basic rate band.

You can also choose to carry back Gift Aid donations to the previous tax year if the donation is made before you submit the tax return for that year. Donations made now can be treated as if they were made in the tax year 2020-21 if the 2020-21 tax return has not yet been submitted.

This can be a very useful tax planning idea so please let us know if you have made any donations before we finalise your tax return.

Currently if you pay your VAT bill late you may receive a penalty of up to 15% of the late paid amount, even for a one-day delay.

The Government agrees that this is harsh, so it is reforming the late-payment penalties for VAT periods starting on or after 1 April 2022.

Penalties are calculated as a percentage of the VAT debt outstanding and can be appealed. Where the taxpayer has a reasonable excuse for non-payment and communicates that to HMRC, the penalty will not be levied.

However there will be no warning notices and no default periods under the new system. Businesses will be expected to plan for the VAT falling due and if they cannot pay to contact HMRC in good time to arrange a time to pay (TTP) agreement. When a TTP agreement is reached the clock stops at the rate of penalty in force at that point

The fuel crisis last September has encouraged many people to consider buying an electric car.

The taxable benefit for electric cars is due to double from 1% to 2% of list price on 6 April 2022 but then it will be frozen at that level until at least 6 April 2025.

If the company pays for the electricity to power the vehicle, either through a charging point at workor by providing a payment card for the employee to use at public charging points, there is no taxable benefit for the use of that electricity. Where the employee charges a company vehicle at home they can claim 5p per mile for business journeys driven from 1 December 2021 (previously 4p per mile).

If your electric car is in your own name you can still claim the standard 45p per mile for business journeys (up to 10,000 miles per year) and you will have zero road tax (VED) to pay.

Where your company has the cash available to buy an electric car it can get a 100% deduction for the cost in the year of purchase with electric vans currently qualifying for a 130% deduction.

There are also government grants of £2,500 available for the cheaper electric cars and for installing charging points.

If the tax payment is not correctly accounted for by HMRC and set against the right tax account for your business an erroneous tax debt may arise.
HMRC receives millions of tax payments each week and identifies who has paid what by the reference number attached to the payment. It is important to get this reference absolutely right when you initiate the payment through online banking or your tax could get lost in the system.

PAYE payments are particularly fiddly as they are made up of the HMRC accounts office reference in the format: 123AB 4567 8910 plus four digits to indicate the month and year the payment relates to. For example when paying the PAYE due for tax month 9 (December) in 2021-22 you should add 2209 to the end of the reference number, making the total reference 17 digits long.

Setting up a direct debit works well for VAT as once in place it operates to take the correct VAT due each quarter. However a direct debit for corporation tax only works for one year due to the different reference numbers used for each period.
If your online bank does not allow you to include a 17-digit reference number with your payment you may have to change your business bank account.

The self-employed income support scheme (SEISS) grants were welcomed when they were distributed during the Covid-19 pandemic.

HMRC is now examining the 2019-20 tax returns of taxpayers who received SEISS grants to check whether their self-employed trade was carried on in that year.

If you claimed an SEISS grant but ceased trading permanently in 2019-20 you should repay the grant as you were not eligible to claim it. Penalties may be imposed if the grant is repaid later than 90 days after it was received.

If you had a temporary break in trading and restarted the same or a different self-employed trade you would still meet the SEISS conditions. Taxpayers who took a break from self-employment due to maternity or adoption leave in 2019-20 are treated as if they continued to trade throughout the period.

If you receive one of these letters you will have 30 days to submit or correct your 2019-20 tax return or repay the SEISS grants you have received in full. We can help you respond to HMRC.

HMRC are now actively pursuing incorrect and fraudulent grant claims made under the coronavirus job retention scheme (CJRS) for wages of furloughed employees.

There are four common causes of incorrect CJRS claims:
• the employer used the wrong reference pay to calculate the claim;
• the amount claimed was not paid in full to the employee;
• the employee performed tasks related to their employment while furloughed;or
• the employee was not on the payroll in the furlough period.

The CJRS closed on 30 September but it is still possible to correct any overclaims by repaying the amount to HMRC. You need to get a reference number from the online CJRS portal and use this reference when repaying the sum to HRMC. We can help you with the calculations.

Beware that where you are repaying funds from the CJRS which you have held on to for more than 90 days you may also have to pay a penalty.If you think that an employer has claimed for fictitious employees, or for employees who were working and not furloughed, you can report your concerns on the Covid-19 fraud line: 0800 5875030.

Where the company has already been wound-up or dissolved or is in receivership or liquidation, HMRC will not give up chasing for any overpaid CJRS grants. It will attempt to collect those funds from the directors, shadow directors and certain other individuals connected to the business. HMRC will issue a notice to make the individuals jointly and severally liable for amounts the company owes so that it can pursue the amounts owed from the company or from the individuals. If you have any concerns in this area, please get in touch and we will try to work together to resolve anyissues.

USE YOUR BASIC RATE BAND

Personal tax rates have been held steady for a few years, so it made no difference whether you extracted funds from your company in one tax year or the next.

This is no longer the case as on 6 April 2022 the tax payable on dividends and the national insurance contributions (NIC) due on your salary will both increase by 1.25 percentage points. The basic rate band – where income tax is charged at the lowest rates – has been frozen at £50,270 until 6 April 2026
(different rates and thresholds apply in Scotland).

If you are planning to take cash out of your company it makes sense to maximise the amount which is taxed at lower rates before 6 April 2022. Currently you can extract the following amounts free of tax and NIC in 2021-22:
• £2,000 of dividends; and
• £9,568 of salary.

We can help you work out the most tax efficient ways to extract money from your company.