Does HMRC Fund Your Car? 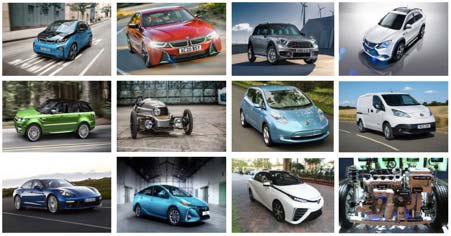 January is that time of year which concentrates taxpayers’ minds on liabilities due to be settled for the previous tax year and on account payments made for the current one. The question arises as to what might be done to mitigate these payments? As ever, a number of actions could be taken depending on the taxpayers’ affairs.

For the current year accelerating allowable expenditure, pension contributions or investing in Enterprise Investment Schemes (“EIS”) are examples. EIS relief can also be carried back to the previous year, 2016/2017.

This short article focuses on the Enhanced Capital Allowances (“ECA’s”) giving 100% first year allowances claims on ultra-low emission vehicles (“ULEV’s”). ULEV’s are vehicles that emit less than 75g or less of carbon dioxide (CO2) per kilometre (note, the limit is to be reduced to 50g/km from 1 April 2018). Both business and private ULEV users benefit from a range of tax benefits.

Whilst the Annual Investment Allowance (“AIA”) gives 100% deductions for capital allowances on plant and machinery, the AIA does not extend to cars, SUV’s and vans. However, under the capital allowances regime 100% First Year Allowance (“FYA’s”) are given for ULEV’s – which typically include electric vehicles – and they can be set off against business profits in the year of acquisition. These are given in addition to the AIA limit.

So, in simple terms, purchasing a new ULEV as an additional or replacement car in a business can result in considerable tax savings. Let’s assume Mr Smith has a taxable income in the current year of £50,000 charged at 40% + 2% National Insurance, a £21,000 tax payment arises. The purchase of a ULEV at, say, £50,000 could reduce that payment to zero. Mr Smith could therefore reduce his 2018/2019 payments on account by £21,000 and use these funds towards the purchase of the qualifying vehicle. Factor in a plug-in contribution (up to £4,500) and part exchange allowance for the old vehicle, the balance of the purchase cost can be financed as necessary. Mr Smith has therefore invested his tax payments on account into a business asset.

The list of ULEV’s available expands by the month and it is not surprising to note that the Government is beginning to restrict the list by reducing the CO2 g/km limit as the switch away from diesel and petrol cars accelerates. ECA’s are due to run until 2021 and the Government has announced a review in the 2019 Budget for later years. It would not be surprising however if further amendments were introduced earlier as the popularity of ULEV’s grows.

Audi, BMW, Mercedes, Porsche, Tesla, Volkswagen and Volvo all produce cars falling below the current CO2 limit. Whilst these add to the well known early green models produced by Nissan and Toyota, Mr Smith might also be surprised he may consider the Porsche 918 Spyder and BMW i8 as a choice.

Companies too can benefit from the ULEV revolution by claiming ECA’s (but at the lower corporation tax rate) on business vehicles. Employees provided with such cars also have reduced benefit-in-kind charges for 2017/2018. Depending on the level of CO2 emissions, the car benefit charged is based on the list price of the car (including accessories) (charges apply for diesel cars). Fuel benefit charges can also be eliminated.

The inevitable conclusion is that now is probably a good time to review your policy on cars.

Vehicles that fall on or below the 75g/km CO2 rating: